For the past few weeks I have swallowed ugly win after ugly win. In fact in the past ten Serie A games we have not seen the Rossoneri, but we have seen one-nil victories by the skin of our teeth and some draws that left us shaking our heads wondering how on Earth two points were dropped. Regardless of the ugly wins and draws Milan now sit in second place of the Serie A table with Inter within striking distance.

Today’s game earned the squad three points, but it was by no means a solid performance. Especially with the goal coming via a soft penalty which Dinho buried. But without that penalty Milan was once again sloppy in front of the net, and lacked that cutting edge when the team needed it most. When a team has Kaka and Dinho you would like to think that no matter whom the striker is they should be able to find the net? Apparently it was not Borriello fault last week with Pippo and then Pato unable to find the net as well.

The other issue I found a bit alarming was Milan’s willingness to absorb pressure for ten to fifteen minutes at time. Poor clearances, bad passes out of the back, and the unwillingness to break at pace lets teams like Chievo put to much pressure on the goal and get organized in front of the net. Every team in Serie A is capable of scoring, except for us, and when you give these team’s sustained pressure you are only making their cracks on goal easier. If Milan attacked for 75 minutes and didn’t score you can at least look back and say hey we attacked and created chances for 75 minutes just couldn’t find the net, which was not the case today.

But even in a game like today’s it was easy to find bright spots, which are worth discussing. Abbiati continues to play strong and though he still chooses to clear some catchable balls, his presence in the net has been imposing during this ten game streak. Defense was also strong today with Bonera and Janks doing well on both sides of the pitch. 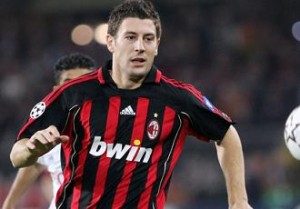 At times I watched Bonera play and wondered if it was the same guy that we are used. Carletto take notice, DB is in form and should be played on the right or at RCB. On the other side Janks was just a solid, and made some cutting and biting runs into the danger zone He seemed to gel well with Dinho on that flank, as they both moved very well and played some very nice one touch football.

Gattuso continues to play well but his line mates did little to impose themselves on the game. 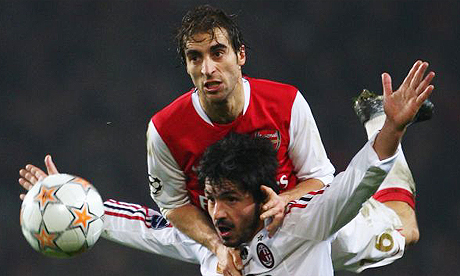 Flamini has yet to impress me in the Rossoneri shirt, and I don’t believe it as much his fault as it is his responsibilities. I was under the impression that Flamini was versatile edition to the squad that could be played on either flank in defense and midfield, and still fill in the spot in the middle if needed. Instead Mathieu seems to be lost in space and lacks any real comfort in when he is in the winning eleven. It is a shame that such a talented and versatile player can not find a groove in the Rossoneri.

Speaking of groove, Pato and Kaka seemed to have lost it. With Pato not as alarming as Kaka, again this is not a negative for Ricky but he has not played well the last few matches. Carletto has done well choosing the most in form bunch to play game in and game out, but he needs to divorce himself from Kaka’s legacy for the time being and give him some time to get back to his best. Kaka can also be very dangerous off the bench and his inclusion in the last 30 minutes can turn the tides for Milan while he gets back on form. I am by no means considering a permanent move, but just a game or two here in there will keep Ricky fresh and possibly build his confidence in himself and the squad again. Then again maybe there is more going on here than we have all been led to believe...I will cover that later this week...

The next three matches, all away from home against Palermo, Portsmouth, and Torino are pivotal considering the difficult December to come. These upcoming matches can prove to be a windfall if Milan can tune up from the last few games and find the bite that will be needed to push to the top in the coming weeks.