Dropping points is never good, especially when you are in a title race. With the two points lost on Sunday a Championship caliber team, should bounce back with a vengeance. This is that type of game and if the Rossoneri come out swinging and get back in the win column, it will leave this team at eight games without a loss and keep us on pace with table leading city rival, Mourinho’s Inter.

Coming out swinging, for me and many of us, means an attacking formation featuring two strikers. Borriello and Pato have proven to work well together and with more concrete time will continue to impress. Adding the other attacker forces Carletto to make a decision regarding the Kaka-Dinho line of the XMAS tree. If his decision was based solely on the run of form in the last few games, he would have to pick Ronaldinho for the winning eleven. Though Dinho has yet to play the lights out football that we all remember, he is changing games more so than Kaka, and is always capable of the single pass or shot that puts the Rossoneri in front. I am not saying Kaka should be relegated to the bench, but his presence on the ball has been frustrating as of late, and maybe a half off or even a whole game will be good for his psyche. Plus there is no shame in having a a player as dangerous as Kaka coming off the bench, or on the flipside having Dinho coming in as well.

What has made this team successful as of late is the personnel and being able to rotate certain players and still find ways to win. This versatility is a key to success on the season and Carletto needs to continue this going forward to keep players fresh and maintain chemistry as players like Pirlo, Nesta, and Ambrosini return to the starting lineup.

As you have noticed I have not even mentioned the opponents yet for this Sunday’s game because quite frankly it doesn’t matter who this team plays anymore, the only thing that matters is the result. No more DROPPING POINTS! But it is important not to overlook Chievo, who much like any other team in Serie A is very capable of winning on any given day. Chievo however really lacks the game changing types of player to take out the big guns and if they are scored on early should be beaten as was proven by Juventus last week. But a win in this game is worth just as much as a derby win. 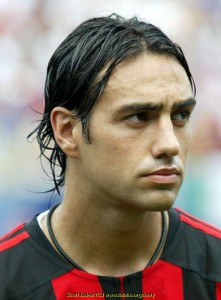 -Since the news that Nesta’s recovery stalled we have not really discussed it all that much and to be honest I have been playing a wait and see game before we started talking about the potential early end of what has been a superb career. We are used to discussing and hearing about knee injuries, but we take for granted that a lower back injury can be just a severe and just as debilitating as a leg injury. Nesta is in the hands of some of the best doctors stateside and there is hope that a program of rehabilitation may allow for a recovery and a return to the field.

- Paolo Maldini is out again this weekend and what I had considered to be fatigue and rest for Il Capitano may be a more of a nagging leg injury. In his twilight season we probably all expected him to make cameos now and again, but instead he has played a fair amount and now may need some time to recover and get back to game fitness.

-Speaking of game fitness Pirlo is working his way back and should be available in the coming weeks. There is no absolute timetable for his return but with the current depth of the squad one would think that he is eased back into the lineup and allowed to get back up to game speed as opposed to being worked into the ground as he has been in the past few seasons. 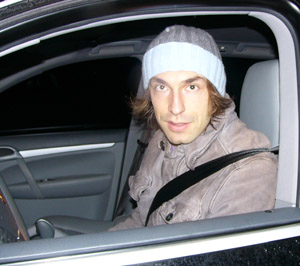