How Long Can You Ignore the Gorilla in the Room?

Share All sharing options for: How Long Can You Ignore the Gorilla in the Room?

Well there is a 150lb gorilla in the room, and to be honest he is not a gorilla at all, but a fairly famous, fairly handsome footballer, who wore another very famous red devil kit. The rumors of David Beckham coming to the San Siro have really picked up steam in the past few days and we have discussed them a bit, but I guess it warrants a little more doesn’t it? 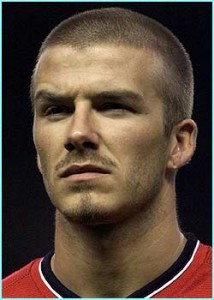 First off I want to say that I respect Beckham as a person and player, his track record speaks volumes of his character, and having seen him hit a dead ball in person, there is really no one as technically sound as he is. His move to MLS was also very admirable in my book in terms of his desire to bring football stateside, and his intensity during the MLS matches is still very high and his desire to win is still very present. However you can’t build a team with Beckham and Landycakes and expect to win, you need more substance and the Galaxy lacks this big time.

Last season Beckham recognized the need to continue training at a high level and joined Wenger’s Arsenal during winter training. Wenger gave Becks nothing but praise and the Galaxy was pleased at his progress. So onto this season, Becks wants to train some more and he has always yearned for Milan, so this looks like a match made in heaven doesn’t it?

At first glance it certainly does look like a good idea. Milan get Becks on loan to train with the team with possibility of him being available to Carletto for all matches as well. Beckham gets to train at a high level with some of the world’s best players, and a chance to be a lot closer to Don Fabio. While Fester, gets to continue to command his circus of superstars to put asses in the seats and sell jersey’s to the legions of Beckham fans across the globe, does Ambro dump the 23? or does Becks follow the lead of Sheva and Dinho and wear his birthday? Regardless it all seems like a situation that will make a fair amount of parties involved happy. Except of course the MLS, who would be pretty peeved if their biggest asset was lost…

I have two very differing opinions on the whole thing and as always I want to hear yours as well.

My first opinion is that of a fan of Becks and a fan of football. Putting Becks on the pitch with Dinho, Pirlo, Kaka, Paolo, Rino, and Ambro is like a football hall of fame on one pitch. Even if he plays a sub’s role he is a truly an upgrade over Emerson, and will make fans all the more intrigued at the roster quality Milan has assembled, albeit a few years to late if you ask me.

My second opinion is that of shock and horror, what is Fester thinking. Are we really turning into a final resting place for aging superstars? Is this turn towards the elderly negatively affecting the maturation process of our young players? Do 20-25 year old starts want nothing to do with Milan because they will probably not start until Emerson turns 60? Those are all questions that went through my head today at one point or another and many of you as well. I don’t think this is as big an issue in terms of Becks, but more a bigger problem for Milan. When will this culture of veterans end? Does Milan need to Arsene Wenger or can we change with the current roster? The question or endless and on any given we will all have a different answer. I don’t think we have enough quality youth to make a big move now, and I think a blend of veterans and youth proves move successful than the Arsenal model, but these are issues for another post.

Regardless of all this Becks talk, Milan does in fact have a game tomorrow in the UEFA Cup group stage. The opponent is Heerenveen of the Eredivise, who on a good day are very capable of scoring goals, and surprising a club like Milan. They are undefeated in their last five home matches which included an impressive 4-2 drubbing of VanBasten’s Ajax. With Atalanta on deck on Sunday, a stout opponent of Milan historically, it is tough to tell what Carletto’s game plan will be, but a two striker system is most likely in order.