Watching the Champions League without AC Milan is kind of like watching the baseball playoffs sans the New York Yankees. The games are still going on but it is just plain missing something, and quite frankly I don’t care. But with all our Champions League history, we would all make very good CL pundits to discuss the outcome of the fixtures and say cheeky things like, "Gourcuff bulged the ol’onion bag,"or "Bordeaux’s red card truly cost them the match."

So I do want to take a minute to reflect on match day two of the CL, and hope you all do the same as well. Very impressed with Arsenal’s performance yesterday, and as I discussed at length with my Arsenal fan friend, Chad, the CL brings out the best in Arsenal. The desire for opponents to score on them only opens the pitch for their attack and their stylish brand of attacking football. They may not win the CL, but they certainly can be a joy to watch.

The other point I want to mention is the underperformance of teams like Barcelona, Bayern, Lyon, Chelsea, Shaktar, and Juventus on this match day. Granted Barcelona got the win, but they did not deserve it, with Shaktar throwing the game away late. Juventus played well but was forced to chase the game, while the rest fought hard for their single points. Many of these teams are underperforming, or not reaching expectations, in their domestic leagues and you can’t help but think that their CL performances may also suffer.

Surprise of the CL thus far, Cluj, with four points and second in the group containing Chelsea, Roma, and Bordeaux…

Onto the Rossoneri, and the underrated piece of silverware they are fighting for, OK maybe it is not underrated or even rated, but I wish Milan success and strength in this competition to assure Paolo gets some shine in his last season. 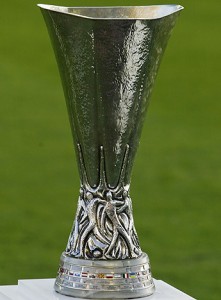 Milan needs at least a draw to advance past FC Zurich, and a win would assure their passing. But a win is more important than just qualifying for the next round of UEFA, instead a win here will give Milan four in a row, and an injection of confidence that may carry this team further up the Serie A ladder. In fact, just pondering this makes me wonder when the last time Milan won four games in a row was.

For those of you who didn’t see the first game here are the highlights:

Let’s just hope we can see a repeat.